LETTING GO OF MY BABIES 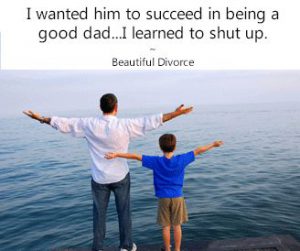 From the moment they were born, I knew my children were my reason for living, my passion, my drive, my love. Nothing else really mattered. I was working full time when my first child was born. After that, I started to work less and less, and three kids later, I was a full time stay at home mom. Since they were born, I was in charge of their health, their education, their development, making their food, holding them when they were sick. Staying up all night long during the coughs, going to every single school event, volunteering in their classrooms, helping with their homework, taking them to activities, having playdates, raising them. They had become my life, my job, my career, my vision, my everything. I was raising my future, our future. They may become our next leader, and I sure was taking my job seriously. Still am. The well-being of my kids is my number one priority. That love has given me the courage to do new things and step out of my comfort zone like I never thought I would have the strength to do.

So, the day I realized that I had to let go of my kids 50% of the time was not easy. I actually enjoyed it at the beginning, because it gave me some ME time that I’ve never had before, but what was hard was to know that half of the time, I would not be the one raising them. Someone else will be telling them and showing them how to be. And that scared me to death. I would not have control over their lives anymore (they were still young. 7, 8 and 10).

One prayer that has helped me many, many times from the AA series: “God, grant me the serenity to accept the things I cannot change, the courage to change the things I can, and the wisdom to know the difference.”

There was nothing I could do about it, so I had to let it go. I had to trust that he was going to do the best he could do. So, what could I do? How could I help him become a good daddy for our children? How would he remember all the playdates and activities, and what to wear, and what to bring to school, and the homework, and everything? How would he know to make dinner and at the same time having them read and then have them ready to bed by 8? How would he know that our daughter liked to have her ear pulled when falling asleep, or stroking the back of my son when he is upset? And how would he know how to sooth them when they are sick? How was he going to do that? He never had done all of this on his own for more than a few days without me before. How were they going to survive? My babies…

I had been a mom for the past 10 years. It took me 10 years to know what to do. I had no idea what I was doing. I was following my heart, and I just had to trust that he would learn and do the best that he could.
But of course, I could not just let go of everything. After all, they are my kids, and I wanted to make sure they were okay. I wanted to be supportive. I wanted for them all to be okay together. I wanted him to succeed in being a good dad, for my kids. And most of all, I wanted my kids to be happy there with him.

So, I shut up. Every time he did something wrong, I shut up. He missed some classes, I shut up. Awful lunches? I shut up (although, I had to say something after one year of ham sandwiches. The kids just could not take it anymore. Did it change? No. My proof exactly).
When something good was happening, I would tell him. Every time the kids were saying nice things, I would tell him. I would tell him that he was doing good. And he did more good, and more, and more, and more.
Sometimes, if I knew that he probably would forget something, I would remind gently by saying, “Hey, do you need help to get the present for his friends party on Saturday?” (Instead of, “Don’t forget about the party Saturday.”)

And little by little, together, they created their own space, their own relationship. He has stepped up as a dad like never before. He will never cook like me, he will never cuddle them like I do, but he does things with them like I will never be able to do. He shares his love of music wit them. He takes them and play. His conversations are different than mine, and that expose them to more varieties.
And now I can focus more on my environment, and how I want to build it.
Do we teach them the same values? Some but not all. In a way, I like it this way. They are able to see different ways of being and doing. They now can see what is healthy and what is not.