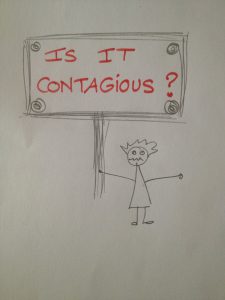 Isn’t it funny how when we say that we are going through divorce, little by little our friends and acquaintances are moving away from us?

Little by little, most of my friends went away, even the ones that were very close to me.

I have lost friends because suddenly, me and my three kids were just too much to handle for dinner (but it was never too much when my then-husband was with us).

Some just stopped inviting me over because I did not have a significant other, so it would look strange at the table.

Some did not understand why I would do such a stupid thing as getting a divorce and stopped talking to me.

Some were afraid of the drama that could have (but never) happened and preferred to distance themselves beforehand.

Some were just afraid that I might be attracting their husband, since now I am single, so it is better not to have me around.

Some felt that I did not fit the perfect family image anymore and threatened their ideal.

Some felt like I should not be having a relationship with my ex, so they removed me from their life.

Some lost my name, and I became “That woman, or the ex”

And for some, it is so scary to them because I am a constant reminder of the divorce they have been thinking about for years.

Little by little my new friends were mostly single people. I was no longer fully accepted in a regular family.
Family dinner invitations became obsolete and got replaced by one on one coffee time instead.

I learned to look at it and accept this fact, but that does not make it less painful. I am not contagious, and I am not here trying to get your husband. I just wanted to keep my friends.

After some time, some eventually come back once they see it is safe, some will not, some will come back from the past, and new ones come too. At the end, it all works out.